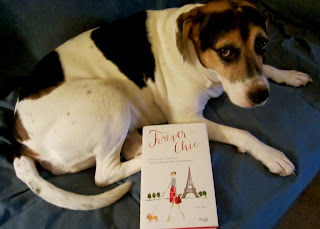 The door-bell rang and Spice Girl, our dog, charged to the door, wagging her tail.
My recent purchase from Amazon had arrived. A Rizzoli book, Forever Chic by Tish Jett


Spice Girl quickly returned to her warm spot on the couch and knew it was story time.

"Once upon a time a beautiful stylish American woman, named Tish went on an adventure to France.
She brought with her a resume or CV, if you will,  and it told of her past experiences, such as Editor at The New York, Daily News and Detroit Free Press (Yes, Detroit, this is where you, Spice Girl saw your first snow storm three weeks ago)
In Paris, Tish's talents were quickly recognized and she became Editor of International Herald Tribune and then the Paris correspondent for the Chicago Tribune as well as the last Editor of American Elle while it was still in Paris.   (Spice Girl, You know I still have those recipes which were easily torn from the magazine and yes I will make you chicken livers for supper tonight.)
Rather than returning to New York to work with Elle Magazine, Tish decided to remain in Paris.
She met her Prince. I think his name is Mr Jett  (Spice Girl I do not know if they are part of the jet set, we must never assume)  This brings me to the best part of the story.
Every girl and woman has a dream.  It begins early in life and for me, at aged fifteen, it was my love for make up, purchased at Woolworths on my weekend trips to Dublin.  I clearly remember pan stick, orange lipstick and tubes of sparkly blue and green eyeshadow, which I would apply, without a mirror, once I was a mile away from my parents farm. I was going to Dublin and nobody would know me.   Even in a big city somebody always knows you and a miserable old woman told my mother that she saw me walking down Grafton Street and that she mistook me for a clown. 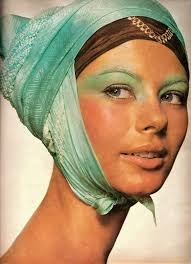 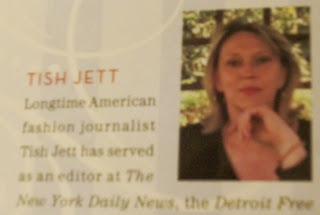 "ENOUGH ALREADY:  Natural is your aesthetic raison d'etre.  Minimal make up, hair that moves, when you do, nothing fussy or fixed....."


There are conversations with professionals and friends accumulated in the quarter century that Tish has lived in France.  Tish is a keen listener and a sharp observer and I know you will love this book.


I feel every teenager, young adult and "femme d'un certain age" will get so much from this book.
I know this one is a keeper.

Many are already following
Tish's blog


Ok Spice Girl, thank you for listening,  I will now take you for a well deserved walk 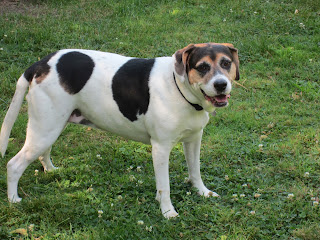 Posted by helen tilston at 6:22 AM