The Face that everyone loved


Lady Hazel Lavery, wife of renouned Irish painter  Sir John Lavery was the subject of what some estimate to be in the region of 400 paintings by the artist.

After the Anglo-Irish treaty, the Irish free state government invited Lavery to create an image of a female figure who would personify Ireland . Such a personification links back to figures in ancient Irish mythology and has been illustrated in recent centuries by women such as James Clarence Mangan's Dark Rosaleen and W. B. Yeats Caitlin Ni Houlihan.
This personification of Ireland modelled on Lady Lavery and painted by her husband was reproduced on banknotes of the Republic of Ireland  from 1928 until the 1970s. It then appeared as a watermark on notes until the latter were replaced by the Euro in 2002. 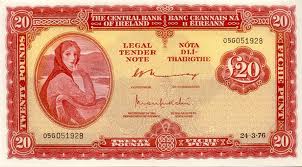 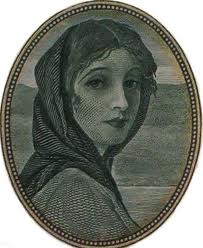 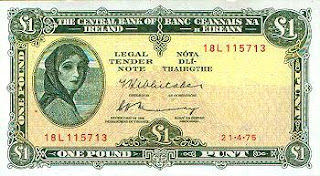 The Music is "Dark Rosaleen"

Fond wishes from Ireland, where I am visiting family and exploring.

Posted by helen tilston at 3:30 AM