The Engineer's Ring and Winning a Prize


This week, on the street, I met a man whom I worked with for many years. On my last assignment with "Mr X"  I had the pleasure of working alongside thirty engineers for a year.  Many were exceptionally gifted.
Several had Double  Master degrees and still graduated from University in their early 20's.  One was a member of the Young Presidents' Organization.
One tip I picked up which I employ to this day is the "Engineer's Notebook".  A lined hard-covered black journal which goes to meetings and all items of importance and some not so important are entered.  Despite computer notepads, several used the hard covered journal. (this book has been a valuable  reference) 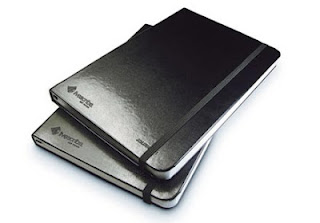 All  Engineers proudly wore a stainless ring on their pinkie finger.

The history of the ring for Canadian Engineers I found fascinating.


The Ring may be made from either wrought iron  or stainless steel. The rings are given in ceremonies held at individual universities.   Toronto  have completely stopped conferring rings made of iron and have switched to stainless steel rings.
Many believe,  that the rings are made from the steel of a beam from the first Quebec Bridge which collapsed during construction in 1907. Seventy-five construction workers died in the collapse which was attributed to poor planning and design by the overseeing engineers.

The Iron Ring is worn on the little finger (pinky)of the working (dominant) hand; this would be the left hand for a left handed person. There, the facets act as a sharp reminder of one's obligation while the engineer works, because it could drag on the writing surface while the engineer is drawing or writing. This is particularly true of recently obligated engineers, whose rings bear sharp, unworn, facets. Protocol dictates that the rings should be returned by retired engineers or by the families of deceased engineers. Some camps offer previously obligated or "experienced" rings, but they are now rare due to medical and practical complications.
The Ring itself is small and understated, designed as a constant reminder, rather than a piece of jewelry. The Rings were originally hammered manually with a rough outer surface. The modern machined ring design is unique, a reminder of the manual process. Twelve half-circle facets are carved into the top and bottom of the outer surface, with the two halves offset by one facet radius.

This week I received, a winning gift of perfume by Annick Goutal called Gardenia Passion.
A big warm thank you to Vicki Archer.  A most generous give away and I shall using it sparingly and treasure it.  I have been following her blog French Essence for many years.

Posted by helen tilston at 4:17 PM