"The Way" and sometimes known as "The Road to Campostella" 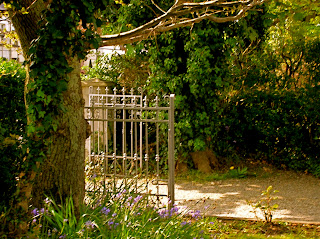 Emilio Estevez’s latest film is “The Way,” an inspirational, poignant film, beautifully written and directed, and stars Martin Sheen (his father) as Tom, an ophthalmologist who lives a very cushy, insulated California life.  While playing golf, Tom receives a call that his son has been killed in the French Pyrenees while attempting the famous walk - The Camino de Santiago. Tom goes to Spain to claim his son’s body, (played by Estevez) but instead of returning home, decides to honor his memory by doing the trek, leaving his son’s ashes along the way. Estevez assembled a wonderful cast including Deborah Kara Unger, James Nesbitt, and a most delightful Yorick van Wageningen. 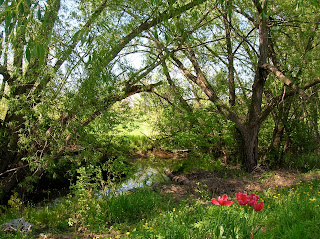 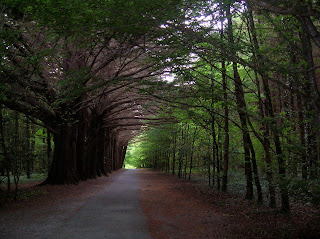 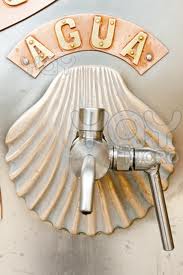 The Camino de Santiago de Compostela, also known in English as The Way of St James, is a collection of old pilgrimage routes which cover all Europe. 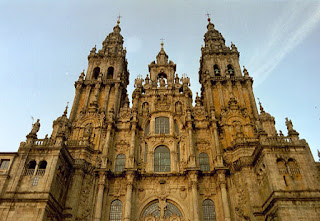 The entire pilgrimage from Le Puy, in south-central France, to Santiago, in northwestern Spain, is around a thousand miles (sixteen hundred kilometers) and takes about two and a half months.
It is a movie which has us talking and asking questions.
Have you walked the road to Campostella?
Posted by helen tilston at 6:32 PM