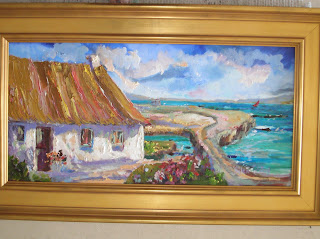 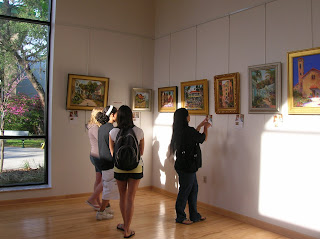 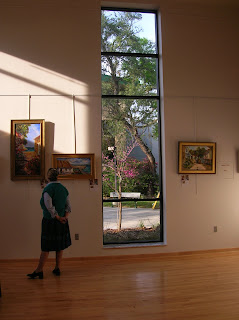 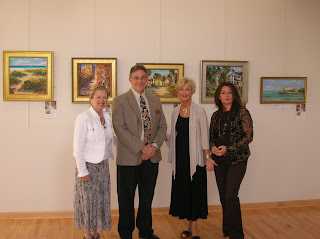 NEW PORT RICHEY — Anyone who loves Old Florida's quaint beach cottages on sand paths leading to the Gulf of Mexico will enjoy paintings by the Plein Air Cottage Artists.

The exhibit is coming to Pasco-Hernando Community College's art gallery.

"Plein air" refers to artists who work in sun, rain, fog or cold to capture the light of the outdoors (think Vincent Van Gogh in Arles).

The Plein Air Cottage Artists are Mary Rose Holmes, a fifth-generation Floridian; Helen Tilston, born and educated in Galway, Ireland; and Violetta Shtumeyzen, who was born in Ukraine and educated at the Repin Academy of Art in Russia, and teaches at the Gulf Coast Museum of Art in Largo and the Ringling School of Art in Sarasota.

The three met in an art class in 1999 and began working together in 2002, concentrating on what they have called "an endangered species," the cottages of Indian Rocks Beach.

Their colorful work is impressionistic; they sometimes create works individually that can be displayed together as a triptych.

The three have used their art to pressure government bodies to preserve the quaint neighborhoods along the barrier islands of Pinellas County that are making way for high-rise condominiums.

"They put a face ... on the cottages," Indian Rocks Beach Mayor Bill Ockunzzi once said.

The three have gone to Italy together to paint and were invited to exhibit their work in the International Biennale in Florence in December.

Their work is permanently exhibited at Guppy's restaurant in Indian Rocks Beach.

Information from Times files was used in this report.

Click here for daily delivery
of the St. Petersburg Times.